Full Name
Thomas Weeks
Speaker Bio
Thomas has given blood, sweat, and tears to cars since his childhood. Literally. As a young boy, Thomas would watch his father work magic under the hoods of cars in their garage. One of Thomas’ earliest memories is of himself as a toddler - being rushed to the hospital by his parents – his father pressing a blood-soaked rag to his mouth as he held him, his mother racing the family car to the nearest emergency room. While his dad had been working underneath a car, Thomas had peeked into it and fell onto a transmission with rods sticking out -- jamming a rod through his mouth and throat, and cutting his chin.
But that disaster didn’t deter young Thomas – instead, it fueled his desire to get his hands dirty and learn all he could about cars and the auto biz.
His father, a mechanic and military officer, spent his entire life working on or around cars. Thomas studied his father’s every move, took note of every part and tool. He ate, slept, and breathed cars. With the money his mother gave him for lunch each day, Thomas instead starved himself so he could take that 50 cents to buy a hot rod magazine (of which he says he still has thousands today).
Thomas considers cars his drug of choice. While his peers may have been steering the wrong direction during high school, Thomas chose cars. His first car - a red, two-door hardtop ’55 Chevy truck, was a gift from his father –given when Thomas was still just 15 years old. He wanted his driver’s license so badly he could taste it. Upon inspection, Thomas realized something was missing from the car – the engine. Thomas’ father made a deal with him: if Thomas put the engine back in the truck, his father would give him the truck. Thomas got started straight away with his father, and lickety-split in no time at all, Thomas had himself a new truck of his very own.
Another dream of Thomas’ – to fly – would be realized soon, too. At 16, Thomas got his pilot’s license. After high school graduation, Thomas wanted to earn his BA in aviation and science for officer training school…but devastatingly, learned he is legally colorblind. So instead, Thomas turned his energies back to his first love – cars – and dove into the world of stock car racing. Making 700-800K racing in his time frame, Thomas felt he’d found his niche.
After college he floated around several body shops trying to get work. Bored working for others, he started a machine shop building engines. He painted car bodies all through the 1980s, and started one of the very first drive-in claims in the Dallas area. Eventually, he sold the business, and started his new adventures in buying and selling cars.
In 1994, Thomas got into engine building. Since then, he’s purchased the property his business is on now, which he has owned and operated for years.
Thomas believes in cars, not the stock market, and continues to reinvest in cars. Several of his first cars purchased and flipped came from Richard Rawlings. Richard still buys a few cars from Thomas – they may lock horns now and then, but maintain a professional relationship.
Thomas is passionate, has a hawk-eye for a deal, and could sell snow to an Eskimo. He’s always looking for the next deal, is ready to roll, and is fired-up! 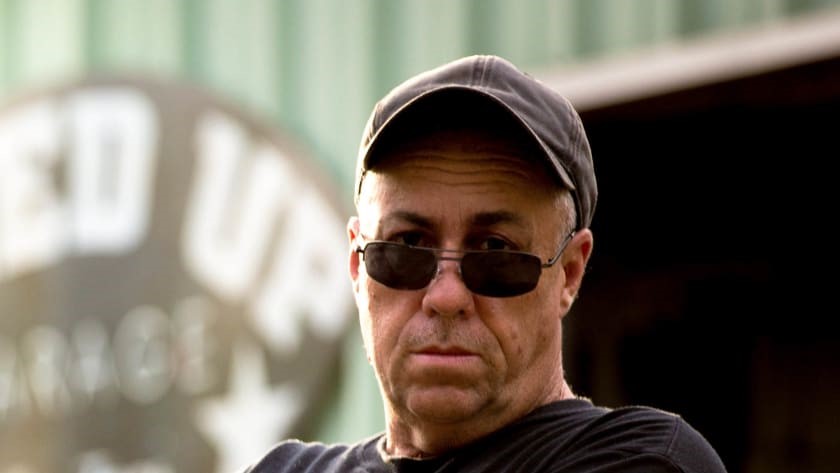